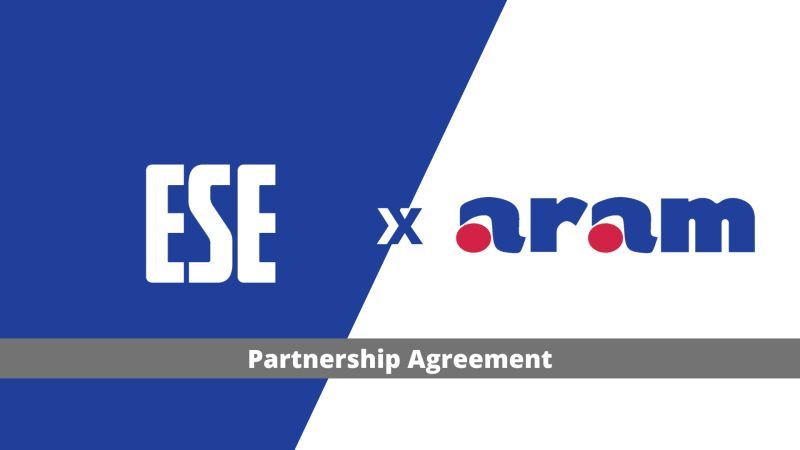 VANCOUVER, British Columbia, May 12, 2022 – ESE Entertainment Inc. (“ESE” or the “Company”) (TSXV: ESE) (OTCQB: ENTEF) is pleased to announce that it has signed a Partnership Agreement with European esports event production company, ARAM.

ARAM is the market leader in providing concept, design, and technical production services for the most significant global esports and gaming events in Europe, the US, and Asia. ARAM was the producer of such iconic stages as Intel Extreme Masters Katowice and ESL ONE, but also designed and built the Brawl Stars 2021 arena for PGL and has been involved in the production of Rainbox6 in the US, Fortnite, PUBG, and many other gaming titles. ARAM owns a large, state-of-the-art equipment park with modern video solutions and technical production equipment, LED Panels, projectors, automation systems, high definition cameras, lighting, and sound systems. ARAM has its offices in Warsaw and a permanent presence in New York.

ARAM’s portfolio of clients includes ESL, PGL, BLAST, and Polsat. Pursuant to the partnership, ESE and ARAM will collaborate and combine their respective resources to increase business potential in Europe, North America, and Asia.

Konrad Wasiela, CEO of ESE, commented: “Rafał and his team at ARAM are trusted leaders with global reach and expertise in the esports and gaming market. Together with our combined resources and expertise, we will continue to scale and expand our global footprint. This partnership positions us to succeed and execute on our vision globally at ESE.”

Rafał Mrzyglocki, CEO at ARAM, said: “We designed, built, and equipped Frenzy’s esports studio in Warsaw with the latest technology, which was our first successful project with ESE. We believe that in-person live esports and gaming events will come back for good, and we look forward to execute on our next project soon.”

ARAM offers everything from creative concepts to seamless execution, providing excellence in live event production worldwide. ARAM stands behind the world’s most significant esports stages for ESL ONE (2015-2020) and Intel Extreme Masters (2014-2021) in Europe, the USA, and Asia.| www.aram.eu

The Company also announces that it has entered into an agreement with Apollo Shareholder Relations Ltd. (“Apollo”) dated May 10, 2022 for the provision of various digital media and corporate communications services. The initial term of the agreement is for six months and may be renewed thereafter by mutual agreement. Pursuant to the terms of the agreement, the Company will pay to Apollo CAD $6,000 at the beginning of each month of the term. The Company and Apollo act at arm’s length, and, to the knowledge of the Company, Apollo has no interest, direct or indirect, in the Company or its securities or any right or intent to acquire such an interest. Apollo is a Canadian investor communications agency.

ESE is a Europe-based entertainment and technology company focused on gaming and esports. The Company provides a range of services to leading video game developers, publishers, and brands. ESE also operates its e-commerce channels, esports teams, and gaming leagues. In addition to the Company’s organic growth opportunities, the Company is considering selective acquisitions that align with its objective of becoming a dominant global player in esports technology and infrastructure. | www.esegaming.com

This news release contains certain statements that may constitute forward-looking information under applicable securities laws. All statements, other than those of historical fact, which address activities, events, outcomes, results, developments, performance or achievements that ESE anticipates or expects may or will occur in the future (in whole or in part) should be considered forward-looking information. Such information may involve, but is not limited to, statements with respect to the benefit of ESE’s partnership with ARAM, and the likelihood of increasing business in Europe, North America, and Asia. Often, but not always, forward-looking information can be identified by the use of words such as “plans”, “expects”, “is expected”, “budget”, “scheduled”, “estimates”, “forecasts”, “intends”, “anticipates”, or “believes” or variations (including negative variations) of such words and phrases, or statements formed in the future tense or indicating that certain actions, events or results “may”, “could”, “would”, “might” or “will” (or other variations of the forgoing) be taken, occur, be achieved, or come to pass. Forward-looking information is based on currently available competitive, financial and economic data and operating plans, strategies or beliefs as of the date of this news release, but involve known and unknown risks, uncertainties, assumptions and other factors that may cause the actual results, performance or achievements of ESE to be materially different from any future results, performance or achievements expressed or implied by the forward-looking information. Such factors may be based on information currently available to ESE, including information obtained from third-party industry analysts and other third-party sources, and are based on management’s current expectations or beliefs regarding future growth, results of operations, future capital (including the amount, nature and sources of funding thereof) and expenditures. Any and all forward-looking information contained in this press release is expressly qualified by this cautionary statement. Trading in the securities of ESE should be considered highly speculative.