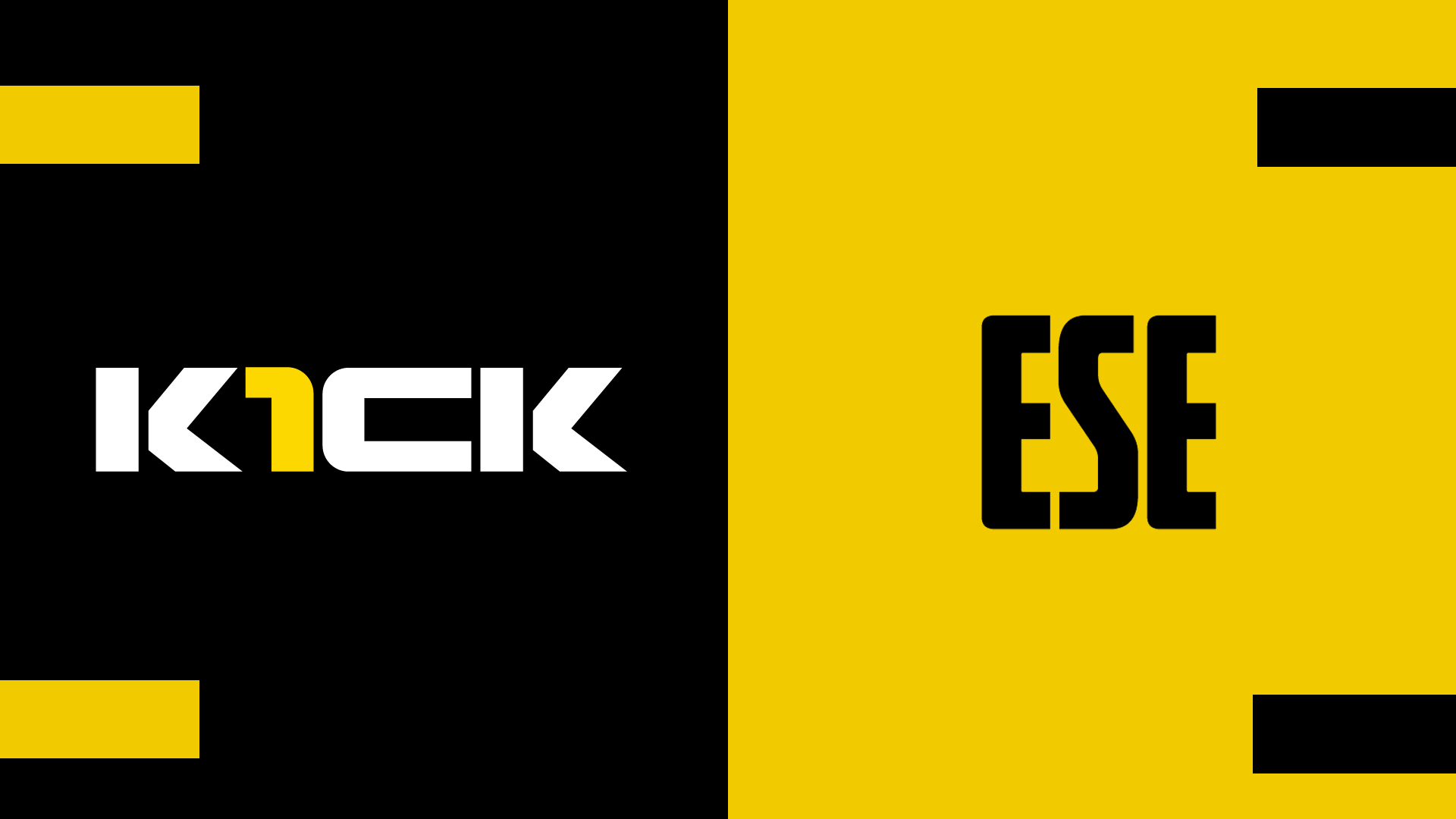 By ESE EuropeJanuary 18, 2021No Comments

VANCOUVER, BC, Jan. 18, 2021 /CNW/ – ESE Entertainment Inc. (“we“, “ESE“, or the “Company“) (TSXV: ESE) (OTCQB: ENTEF) is pleased to announce that it has closed the previously-announced acquisition of all of the business assets and intellectual property of K1CK Esports Club (“K1CK“) from its founder and owner, Pedro Fernandes (the “Vendor“), effective January 18, 2021.

K1CK is a pioneer of esports in Europe, having been founded in 1998. K1CK manages esports teams that compete across multiple games and platforms and, since its inception, K1CK has seen continued success in esports competitions across Europe and the rest of the world. The acquisition of K1CK will allow ESE to further its growing position in the esports industry.

Pedro Fernandes, founder of K1CK, commented “”This is an important milestone for K1CK as we continue our goal of becoming a global tier-1 brand in the esports industry. We are proud of our successes to date and see a very bright future ahead with ESE Entertainment, in our pursuit of excellence.”

Konrad Wasiela, CEO of ESE, commented “K1CK is a respected and valued brand in the esports and gaming community, and we are excited to work alongside Pedro to take K1CK to the next level. Our goal is clear, we want K1CK to become the next big esports and gaming brand. We want K1CK to be in the same conversation as global esports brand leaders such as Cloud9, G2 Esports, and FaZe Clan. We look forward to having a breakout year in 2021.”

The initial consideration payable on closing by ESE consisted of the following: (i) C$60,000 paid to the Vendor in cash; and (ii) 350,000 common shares of ESE issued to the Vendor. A further C$60,000 cash payment is payable by ESE on demand by the Vendor after January 20, 2021. As part of the acquisition, ESE has also entered into a services agreement with the Vendor, pursuant to which the Vendor will assist ESE with the continued operation of K1CK following closing.

About ESE Entertainment Inc.ESE is a Europe based entertainment and technology company focused on gaming, particularly on esports. ESE consists of multiple assets and world-class operators in the gaming and esports industries. Capabilities include but are not limited to: physical infrastructure, broadcasting, global distribution for gaming and esports-related content, advertising, sponsorship support, and a growing esport team franchise. ESE is focused on bridging Europe, Asia and North America. | www.ese.gg

About K1CKK1CK Esports Club is an esports organization based in Europe. More than 100 world-class players have played under the K1CK team name, including Ricardo “fox” Pacheco and Carlos “ocelote” Santiago. The current stars of the team include League of Legends player Lukasz “Puki Style” Zygmunciak and FIFA player João “JOliveira10” Oliveira. | www.k1ck.com

Forward-Looking StatementsThis news release contains certain statements that may constitute forward-looking information under applicable securities laws. All statements, other than those of historical fact, which address activities, events, outcomes, results, developments, performance or achievements that ESE anticipates or expects may or will occur in the future (in whole or in part) should be considered forward-looking information. Such information may involve, but is not limited to, comments with respect to the benefits derived from the acquisition of K1CK and the strategies, expectations, planned operations and future actions of ESE and K1CK. Often, but not always, forward-looking information can be identified by the use of words such as “plans”, “expects”, “is expected”, “budget”, “scheduled”, “estimates”, “forecasts”, “intends”, “anticipates”, or “believes” or variations (including negative variations) of such words and phrases, or statements formed in the future tense or indicating that certain actions, events or results “may”, “could”, “would”, “might” or “will” (or other variations of the forgoing) be taken, occur, be achieved, or come to pass. Forward-looking information is based on currently available competitive, financial and economic data and operating plans, strategies or beliefs as of the date of this news release, but involve known and unknown risks, uncertainties, assumptions and other factors that may cause the actual results, performance or achievements of ESE to be materially different from any future results, performance or achievements expressed or implied by the forward-looking information. Such factors may be based on information currently available to ESE, including information obtained from third-party industry analysts and other third-party sources, and are based on management’s current expectations or beliefs regarding future growth, results of operations, future capital (including the amount, nature and sources of funding thereof) and expenditures. Any and all forward-looking information contained in this press release is expressly qualified by this cautionary statement. Trading in the securities of ESE should be considered highly speculative.